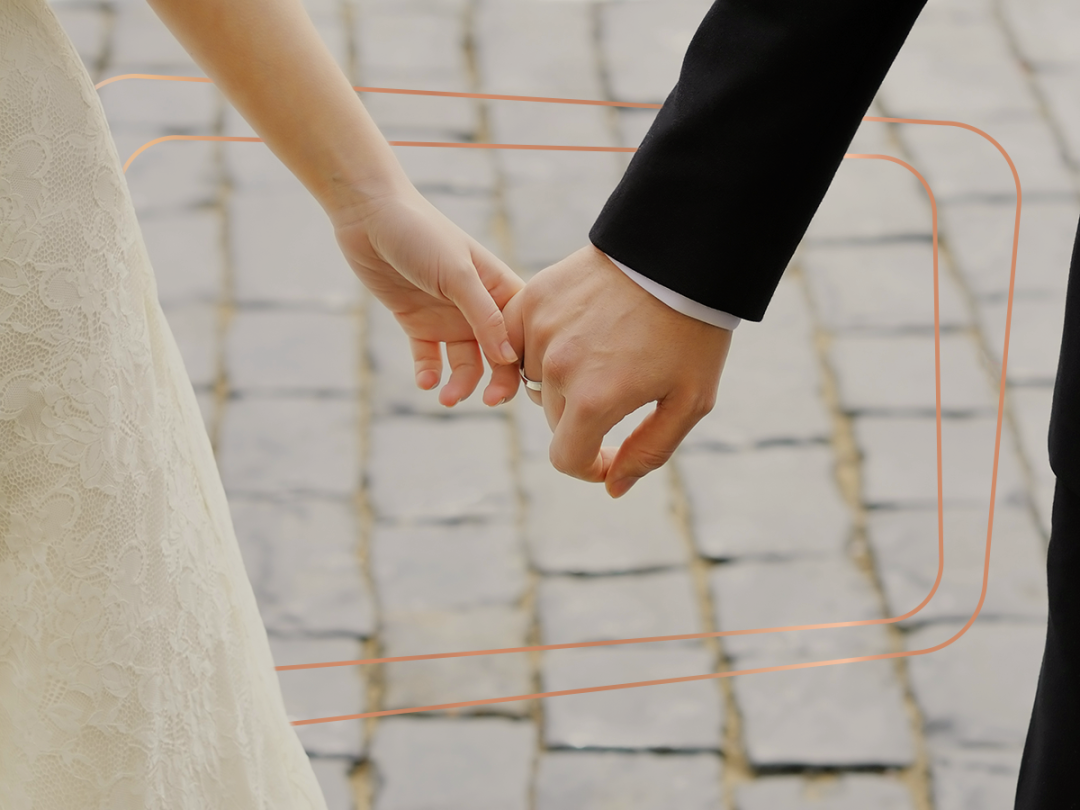 So I Married the Right Guy

My parents’ 20th wedding anniversary was their second to last one. By then my mother had been diagnosed with the breast cancer that would kill her soon after, but I remember my 19-year-old self thinking that 20 years of marriage was a major milestone. By the time I was 20, she was gone.

I met Phil when I was 23 and still reeling from her death 3 years prior, but I knew that he was “the one” on the very first day I met him. It was a crisp, sunny September day on the Upper West Side. He’d been invited to my apartment for lunch, a guest of my roommate who’d grown up with him.  We ate, took a long walk (all three of us) down Riverside Drive and many hours later still hadn’t run out of things to talk about.  One of those things was the fact that he had recently celebrated his birthday……

That was my mother’s birthday.

I mentioned this to him in the most nonchalant way I could, trying to mask the fact that my insides felt like a volcano about to explode.  I tried to breathe normally. I didn’t want to scare him off, this being the Upper West Side where spouse hunting was an Olympic sport, but I understood that this was my mother telling me “Here’s that husband you wanted. And he comes pre-stamped with my seal of approval “

Of course I fell in love with him for other reasons than his date of birth. Fortunately, he fell hard for me too, as his law school roommate confirmed a few weeks after we met. Apparently, Phil returned to his dorm room at the end of our first day together and told his friends that he’d met “the girl of my dreams”. Swoon.

So here we are exactly 20 years since we walked down the aisle together, 20 years since he turned to me just before we made our final approach to the chuppah and whispered “Here we go!”  And there we went indeed.

I couldn’t have anticipated the joys and agonies that life would hurl our way.  Most of the past 20 years are a colorful blur dotted with memorable and defining moments like the circus that is raising 4 dynamic kids so close in age, fine tuning the balance of career and family, breast cancer, losing my dad, losing his dad and moving our young family to England.

When you’re in the trenches it’s critical that you have the right people by your side.  Phil has always been that right person.  His logical thinking balances my chaotic, creative mind and he is a determined problem solver. This story will help explain what I mean.

10 years ago I had a preventative double mastectomy in a New York City hospital. After sitting in the waiting room with me for 6 hours, Phil watched me walk down a long, fluorescent lit hallway to the O.R. for an 8-hour surgery and then he waited some more.  I next saw him in a tiny recovery cubicle and the look of sheer relief on his face told me that the day had been harder on him than it had on me. I’d been out cold, after all.

The surgery was supposed to protect me from getting the breast cancer that killed my mother and her mother and we were both euphoric that I’d come out the other end ok and that the threat of cancer no longer loomed over our heads. (We’d later find out that I wasn’t in the clear, but that doesn’t feature in this story).  I should have spent an hour, 2 hours max, in that tight space enclosed by curtains but the hours ticked by and nurse after nurse came to check my vitals and report that unfortunately the hospital was crowded.  There were no available beds and I’d be stuck in my cramped quarters. They couldn’t say for how long.

At first, Phil and I were so delirious with relief that we didn’t mind. It was getting late, well past midnight and I sent him home so he’d be there when the kids woke up the next morning.

The night shift nurses had by now relieved their day shift colleagues and one of them assured Phil that when he returned in the morning I’d be well ensconced in my own room, away from the moaning patients in the recovery ward. He didn’t look convinced, but the adrenaline of the day had worn off and he was beat.  He went home.

And came back at 10 AM the next day to find that I was…. exactly where he’d left me. He was livid. I was in pain, only able to move from the neck up and my neck hurt. And I was out of audiobooks. And it had been 11 hours. Something wasn’t right.

We saw yet another shift of nurses come and go and no matter how much he demanded a room they said that it was unusually full, so sorry, no bed for me.  In a fancy New York City hospital.  Patients continued to come out of surgery and there were no hospital beds for them either. The bodies were piling up. Phil went into reconnaissance mode, interrogating every staff member on the floor.

It was now late afternoon, a full day since I’d first gone into surgery. Phil managed to extract from a sympathetic nurse the reason that there were no available beds for patients who’d scheduled their procedures months in advance:  There was a Saudi Prince who’d come to our hospital for an unscheduled procedure and had taken over an ENTIRE FLOOR. For him and his entourage. Like it was a hotel.

Phil marched up to the nurse’s station and from my bed I could hear him booming:

“I know that there is a Saudi Prince occupying an entire floor while my wife and these other patients sit here suffering. You give her a room now or I’m calling CBS news and reporting you!!”

Unable to see what was happening, I wondered how he was going to access a major network news station from his little Motorola flip phone, this being the days before iPhone and Wi-Fi.

Then his voice again: “Hello? Yes, is this CBS? Ok, I’m calling to report a scandal at a major New York City hospital, apparently they are denying patients access to—” but he was cut off by a lot of scuffling and other voices shouting and all I know is that my cubicle curtain was pulled swiftly aside to reveal my heroic husband walking in what I remember as slo-mo, his eyes narrowed to slits as he said “Come on, we’re getting you out of here.”

20-sometihing hours after being deposited in that recovery cubby, I was finally wheeled into an expansive, gleaming room (in the burn unit because that’s where there was space) while a top hospital administrator apologized profusely and repeatedly to us, assuring us that the Saudi Prince story was entirely untrue. She offered us some vouchers for some free cafeteria food and a tote bag filled with branded hospital merch.

I don’t know what happened to the big-hearted nurse who gave us that vital information. I heard that he was severely disciplined and I am eternally grateful to him for putting his patients’ care first.

What I do know is this: my mom picked a great guy for me and 25 years to the month of her death, we are going to celebrate the hell out of this milestone by making all of our kids watch our 3-hour wedding video. Kidding, we’re going to Marrakech.

Happy anniversary Phil. I hope you didn’t get me a present because I didn’t get you one either.

10 thoughts on “So I Married the Right Guy”